In recognition of Jeff Elman’s many contributions to the field of cognitive science, the Cognitive Science Society is pleased to award the annual Jeffrey L. Elman Prize for Scientific Achievement and Community Building. This award, presented each year at our Annual Meeting, is given to mid-career cognitive scientists (individuals or teams) whose accomplishments exemplify the twin strands of scientific excellence and commitment to community-building and service that were so evident in Jeff Elman’s career.

The Elman Prize nominations and selection process occurs annually, with a call for nominations released in the fall and winners announced in winter. The prize consists of a hand-crafted, custom silver medal, a certificate, a citation of the awardee’s contributions, and a monetary award of $20,000.

Fundraising for the Endowment

The Cognitive Science Society established a special endowment for the Elman Prize, made possible through a very generous gift from Robert J Glushko & Pamela Samuelson Foundation and a matching transfer of funds from the Cognitive Science Society’s core endowment. Funds have also been raised through Jeff’s colleagues and students at UCSD. Others who wish to recognize and honor Jeff Elman and his notable contributions to cognitive science are able to designate donations specifically for this purpose. We encourage donations from all those with enthusiasm for the combination of science, community, and service contributions to cognitive science that Jeff Elman embodied. Your donations will enable the Society to celebrate Jeff’s legacy for many years to come.

Tax efficient giving The Cognitive Science Society is a registered 501(c)(3) tax-exempt organization under the Internal Revenue Code, so US donors can qualify for an income tax deduction to the limits allowed by law. It also is possible to give tax efficiently through Transnational Giving Europe from the following European countries: Belgium, Bulgaria, France, Germany, Hungary, Italy, Luxembourg, Poland, Republic of Ireland, Switzerland, and The Netherlands. To donate and claim tax relief please contact your national foundations and explain that you wish to make a gift to the Cognitive Science Society.

Contributions to the field of cognitive science

Jeffrey L. Elman made several major contributions to the theoretical foundations of human cognition, most notably in the areas of language and development. His work had, and continues to have, an immense impact across fields as diverse as cognitive science, psycholinguistics, developmental psychology, evolutionary theory, computer science and linguistics. Among other honors he was awarded the Rumelhart Prize by the Cognitive Science Society in 2007.

Jeff Elman died of a heart attack on June 28, 2018.  He was planning to attend CogSci 2018 to participate in a symposium on Event Predictive Cognition.  At CogSci 2019 there was a symposium in his memory.  In 2020 Jenny Saffran was the inaugural recipient of the Jeffrey L. Elman Prize for Scientific Achievement and Community Building. 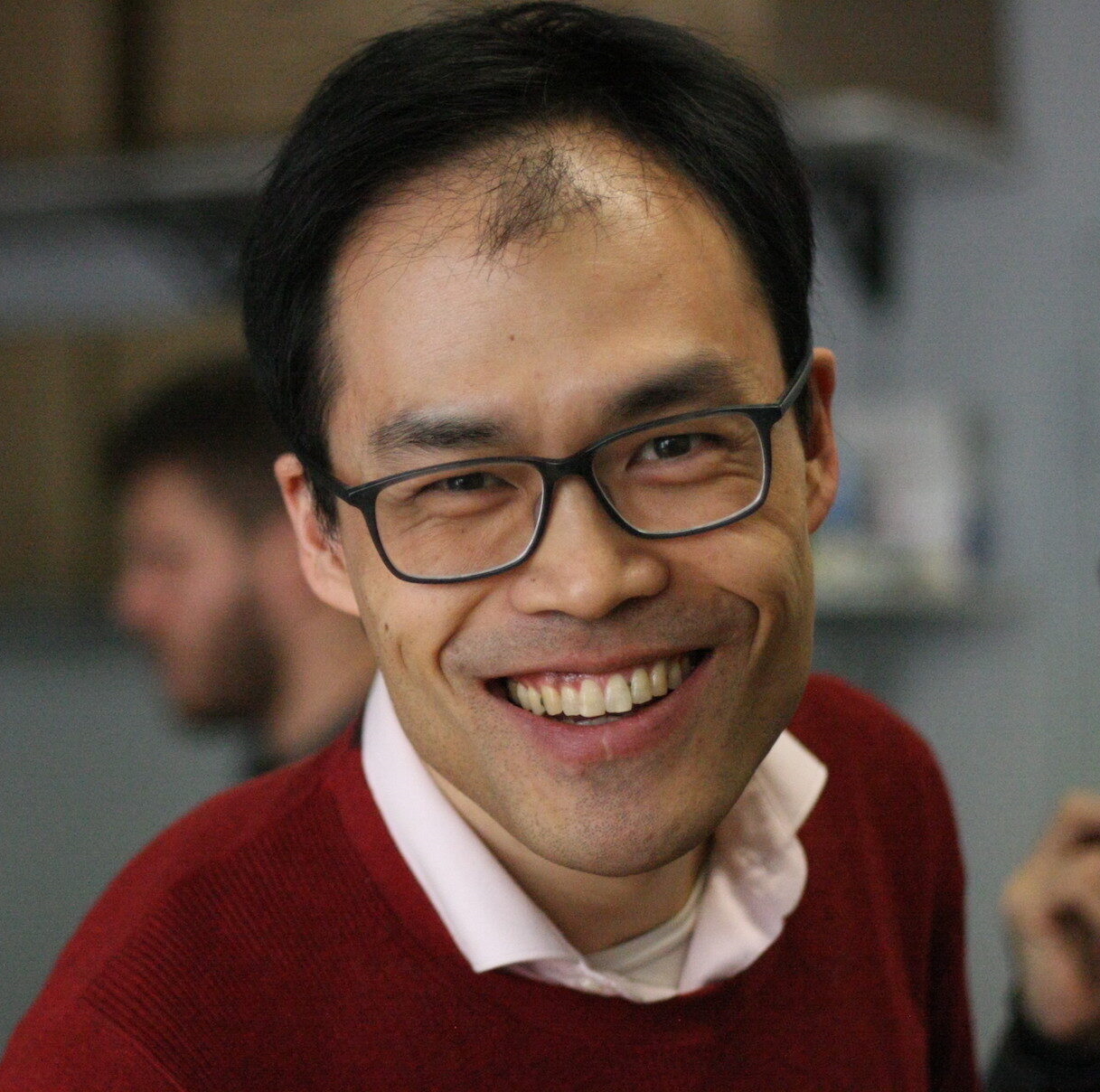 The recipient of the 2nd Jeffrey L. Elman Prize for Scientific Achievement and Community Building is Wei Ji Ma. This honor will be celebrated at the CogSci 2021 conference in Vienna with a prize and dedicated symposium.

Wei Ji Ma received his PhD in Theoretical Physics from the University of Groningen in 2001. He continued his path through Cognitive Science with postdocs in Biology at the California Institute of Technology and in Brain and Cognitive Sciences at the University of Rochester. Wei Ji was then an Assistant Professor in the Department of Neuroscience at the Baylor College of Medicine from 2008-2013. He currently is a full Professor in the Center for Neural Science and Department of Psychology at New York University.

Wei Ji Ma has made impressive contributions to Cognitive Science in a number of areas, including perceptual decision making, neural coding and computation, working memory, and planning. He has a long-standing interest in how humans make perceptual decisions and, in particular, the extent to which such decisions correspond to an ideal Bayesian observer that takes into account noisy measurements, estimates of measurement uncertainty, prior knowledge, and the costs and benefits of outcomes. In his research, Wei Ji has contributed to our understanding of the limits of Bayesian models when computational requirements become extensive, and perceptual decision making in dynamic environments and multi-sensory contexts. He was part of a team that made fundamental contributions to the theoretical basis of neural computation in the “Bayesian brain” paradigm. This work was a team effort, but Wei Ji was the lead author of by far the most important article in this stream, the Nature Neuroscience 2006 classic on probabilistic population codes that already has been cited almost 1,400 times. Furthermore, his work on probabilistic models of visual working memory is particularly noteworthy. Wei Ji demonstrated how computational models can resolve much of the controversy between slot-based and continuous-resource accounts, in part by elucidating when existing experiments could not effectively discriminate between these accounts, and then by designing innovative discriminating experiments guided precisely by his computational models. Overall, Wei Ji’s research stands out because of its beautiful interplay between theory and experiment, connected by exemplary mathematical rigor and clear common-sense thinking.

Wei Ji Ma’s community building efforts are numerous, diverse, and inspiring. They include multiple innovative mentoring efforts within his and other universities, as well as working with the general public in multiple ways. Wei Ji is the Co-Director of the Training Program in Computational Neuroscience, funded by a five-year NIH training grant. He co-founded the “Growing Up in Science” mentorship series, and he organizes and moderates this series for Psychology, the Center for Neural Science, and Neuroscience at NYU. In these seminars, faculty members tell their personal career story to students and postdocs, emphasizing the difficulties they faced and how they overcame them. This helps trainees to realize that most paths to an academic career are winding and full of potholes, so if they themselves are facing doubts and difficulties, that does not mean they cannot succeed in academia. “Growing Up in Science” has been replicated at greater than 30 other universities. Outside of academia, Wei Ji is a founding member and leader of the Scientist Action and Advocacy Network (ScAAN; www.scaan.net). ScAAN is a group of New York area scientists who provide pro bono science consultation and data analysis services to non-profit social progress organizations by writing knowledge briefs for lay audiences, and by analyzing and visualizing data. As part of this, Wei Ji led the production of a knowledge brief for Raise the Age (raise the age of criminal responsibility from 16 to 18 years old in New York State, which was passed in 2018), and he testified in front of New York City Council committees. He also led a partnership between ScAAN and BagItNYC to ban single-use plastic bags from New York State (which came into effect in 2020). Wei Ji also is a founding member of NeuWrite NYU, a consortium of neuroscientists and writers who meet monthly to workshop neuroscience writings for general audiences. Finally, he co-founded and is the Chairperson of the Rural China Education Foundation (www.ruralchina.org), which works to improve the relevance of education in rural China to children’s lives. 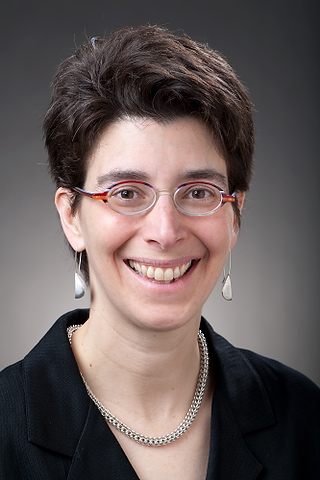 The recipient of the inaugural Jeffrey L. Elman Prize for Scientific Achievement and Community Building is Jenny Saffran. This honor will be celebrated at the CogSci 2020 conference in Toronto with a prize and dedicated symposium.

Jenny Saffran received her BA in cognitive science from Brown University, then completed a PhD in psychology at the University of Rochester with Elissa Newport and Richard Aslin. She has been on the faculty of the University of Wisconsin-Madison since 1997. In 2005 she was appointed full professor and in 2018 she became the Vilas Distinguished Achievement Professor.

Jenny Saffran’s interests concern a seminal question in cognitive science: How do children acquire language? Acquiring language depends on a combination of innate structure and learning from experience. Saffran and her colleagues developed laboratory methods to study the experiential input to infant language learning to test specific theories about how learning unfolds. Her experimental research demonstrates, quite remarkably, that humans, including infants, acquire language by tracking statistical information available in the environment. For example, infants learn to segment words by relying on statistical probabilities. Across a language, the transitional probability from one sound to the next will generally be greatest when the two sounds follow one another within a word than across words, as when (in English) the sounds ‘preh’ and ‘tee’ are more likely to follow one another within a word (‘pretty’) than are the sounds ‘tee’ and bay’ (although they sometimes do, when we say, ‘pretty baby’).

At the same time, Saffran recognizes that even the most powerful learners are not blank slates, and has sought to delineate constraints on learning. Her experimental results suggest that learners can use statistical cues to acquire hierarchical phrase structure, an abstract component of linguistic syntax. In particular, she has demonstrated that some computations are favored over others, and that these constraints on learning are related to natural language structure. These results support the emerging perspective that, rather than evolving in a vacuum, human languages evolve to fit the human learner. By comparing statistical learning in linguistic versus nonlinguistic domains, her research offers a direct, innovative way to test the hypothesis that the uniqueness of human language resides in the nature of human learning and not in some specialized language-specific modules within the brain.

Saffran is a community builder in her teaching, in her lab, at the University of Wisconsin, and for cognitive science. First, she has worked tirelessly to improve undergraduate students’ experiences at the university. For example, she developed an innovative peer-tutoring program in her large-enrollment Child Development class. Second, as leader of a very active and productive lab, she has built a supportive and nurturing community for training the next generation of scholars. Saffran encourages students to develop their own research questions and ideas, and she serves as a supportive guide along this path. Third, she plays a central role in her department and at her university. For example, she played a key role in the recent reorganization of the Language Sciences program at Wisconsin. Fourth, Saffran is a generous collaborator who has forged close ties with researchers who study developmental disorders, in an effort to understand the underlying causes of language delays and differences, she collaborates with researchers who study animal cognition, and has worked on methodological issues in infant research. In all aspects, Saffran advances the cognitive science community.

The Cognitive Science Society is pleased to announce the establishment of the CogSci Grove which aims to mobilise cognitive scientists to offset carbon emissions associated with their professional activities.