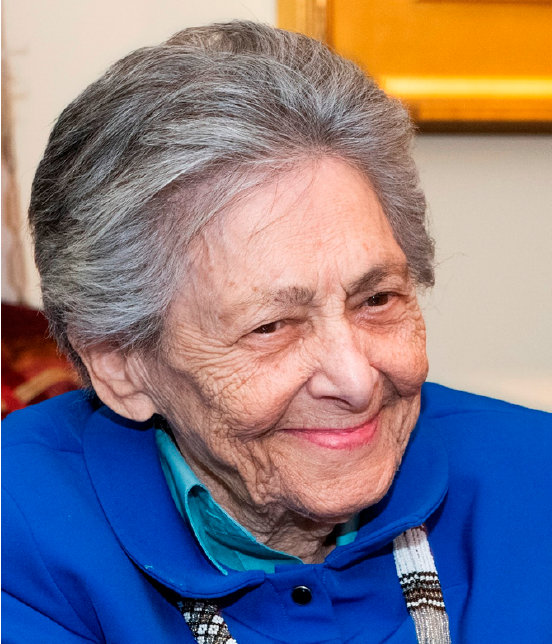 The recipient of the prize will be honored at the Cognitive Science Society’s Annual Meeting in a ceremony in which a framed certificate and a monetary award of $35,000 will be presented. In addition, the recipient will be invited to give a talk on her work during one of the regular sessions of the Annual Meeting.

Lila R. Gleitman, a winner of the David E. Rumelhart Prize for her contributions to the theoretical foundations of human cognition, passed away on August 8, 2021. Gleitman was Professor Emerita of Psychology and Linguistics at the University of Pennsylvania, and a pioneering figure in the field of modern cognitive science.

In a career that spanned six decades, Gleitman made numerous foundational discoveries in the study of language and cognition. She is particularly known for her research on how children acquire language, how language and thought are related, and the role of syntax in shaping the direction of word learning.

Gleitman was a legendary mentor who trained a long and distinguished list of psycholinguists, many of whom went on to become central figures in the field. In 1991, Gleitman co-founded the famous Institute for Research in Cognitive Science at Penn, which she co-directed until 2001. Under her leadership, the Institute became a model for promoting interactions between psychology, linguistics, computer science, philosophy, neuroscience and other branches of inquiry that contribute to the computational study of the mind.

Obituary in The New York Times

Proceedings of the National Academy of Sciences (PNAS) Retrospective

The committee does not accept self-nominations. To qualify for nominations,

Please note that nominations will be active for two years.

Nominations should include the following materials:

Materials should be sent to the Society Secretariat by March 6, 2023 for the attention of the Chair of the Gleitman Prize Committee.

Donation to the Gleitman Prize Endowment

A special fund for the Gleitman Prize has been created through contributions in Gleitman’s honor by her family, students, colleagues, and other members of the field. We invite anyone who wishes to recognize Lila R. Gleitman and her pioneering role in cognitive science to donate specifically for this purpose. Such donations will enable the Society to recognize Gleitman’s legendary life in science long into the future.

Donation queries can be directed to Erica Wojcik, Executive Officer, at

Tax efficient giving The Cognitive Science Society is a registered 501(c)(3) tax-exempt organization under the Internal Revenue Code, so US donors can qualify for an income tax deduction to the limits allowed by law. It also is possible to give tax efficiently through Transnational Giving Europe from the following European countries: Belgium, Bulgaria, France, Germany, Hungary, Italy, Luxembourg, Poland, Republic of Ireland, Switzerland, and The Netherlands. To donate and claim tax relief please contact your national foundations and explain that you wish to make a gift to the Cognitive Science Society.

The Cognitive Science Society is pleased to announce the establishment of the CogSci Grove which aims to mobilise cognitive scientists to offset carbon emissions associated with their professional activities.  To date, 1681 trees have been planted in protected sites in the Scottish Highlands where they will create homes for wildlife and forests for the future.