Somehow I still vividly remember the first time I approached Jacques and asked him if he would be my graduate advisor. The rains had just stopped outside the ex-Hotel Miramare that housed SISSA labs, and it was a gorgeous early autumn in Trieste. All I knew then was that Jacques Mehler was very famous, that he worked with infants and language, that he was moving from Paris to set up a lab in my institute, and that he would not ask me to perform brain surgeries as I had been doing on rat brains with my increasingly anxious and shaky fingers. He agreed to an informal interview in a week. In the meantime, he said, why don’t you read the two volumes of An Invitation to Cognitive Science? When I found the books, ~400-500 pages each, in the field I wanted to enter, I thought he was joking. But he wasn’t, and I realized what he was asking me to do, and this is one of the most important things I can say about Jacques – he fundamentally cares about the Big Picture.

What’s this Big Picture that I attribute to Jacques? It’s not just asking why. It’s asking the why behind the why, and the why lurking further behind, looking curiously over its shoulder. With Jacques this was everywhere. For example, Jacques looked beyond writing research articles and started the first journal dedicated to the new-fangled study of Cognition, helping chart its boundaries as its founding editor. Within his own research, although he is perhaps most famous for his work on language, the Bigger Picture was still understanding the structure and working of the human mind, and he explored all kinds of issues from numerical cognition to music cognition. Because the Big Picture was primary, Jacques consistently sought out the newest technologies to expand on the range of answers he could find, to probe the “why” ever more deeply. Eye-tracking, electrophysiology, functional Magnetic Resonance, Near-Infrared Spectroscopy (NIRS)… he used them all.

In my early years as a graduate student with Jacques, it would often vex me when Jacques would raise objections to something I was suggesting that were what a Behaviorist theory of cognition (not much in favor in our group) might say. Or an objection because of something that was perhaps far too “perceptual” compared to the seemingly more complex, language-specific structure of my arguments. Eventually I realized why – from the Big Picture perspective, Jacques saw language as deeply intertwined with the rest of cognition; perhaps with the rest of biology. And to be able to isolate something that might be specific to the human language capacity requires subtracting out everything that could be shown to be attributable to the rest of our biology and that we share with other animals, like perception, memory, or associative learning.

Jacques was a fantastic mentor, and I believe that here, too, it was the Big Picture that guided him. For him mentorship was not just about the graduate student handbook, but was rather an organic relationship that evolved with each graduate student and his or her specific interests and personality. He would spend what seemed to me an inordinate amount of time talking about what his students were reading, what they liked, what was the Big Picture that drove them. He truly cared, in a way a parent does. He would know which wine you liked, how you took your coffee. Most importantly, Jacques was himself. As a young graduate student wannabe, I understood what Jacques wanted when, in our very first meeting, he assigned me two volumes to read in a week: he did not want me to have merely read hundreds of pages, but he wanted to see what personal Big Picture summary I would come up with based on what most attracted my attention in those volumes. He wanted to get to know me, and I got to know him in turn. But now he is gone, and I have lost my second father.

Jacques Mehler was one of the most important cognitive scientists of the world. He was, together with Thomas Bever, the founder of the international journal Cognition. First with a permanent position in Paris then in SISSA (International School for Advanced Studies), Trieste, he carried out important experiments on young children and even infants. In SISSA with excellent associates with a PhD, Jacques Mehler and I (Marina Nespor) coordinated a group that carried experiments even in newborns. It was demonstrated that two days olds discriminate a sentence from the same sentence played backwards, thus showing an innate capacity for language. He was invited all over the world to describe his results.

Nobel Prizewinner Peter Medawar wrote in one of his essays about the paramount value to scientists of having a really good collaboration. Here’s what can happen if you have one. In the 1980s, Jacques and the three authors of this piece worked together on what became five papers concerned with language-specificity in the segmentation of running speech. Midway in that period, one afternoon in Jacques’ office on the Boulevard Raspail, we were trying to make sense of a new dataset which had not shown us exactly what we expected. We scratched our heads, we tossed up ideas, we ran sub-analysis after sub-analysis. Eventually after many hours we looked at each other, amazed, as we understood that it all made sense and the story it told was in fact way more interesting than we had expected. By that time, it was the end of the afternoon, people were going home. We all had commitments for the evening. Jacques was off to a dinner party at his sister’s, Juan was expected at home, Dennis and Anne had made a restaurant booking. It was time to pack up and leave. But we couldn’t. There was a spell, and we couldn’t break it. So we made the necessary phone calls, and adjourned to a little wine bar nearby where we raised a glass to our exciting new results, for enough time until we came down from the high and were able to disperse and set about our separate evenings. Later, a friend who heard this story remarked: It sounds like what musicians say, when they have succeeded in making beautiful music together.

And that’s exactly how it was. 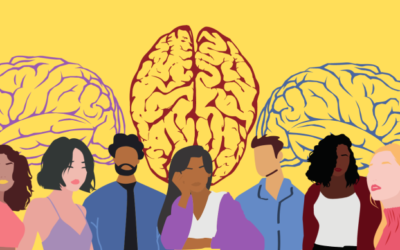