This post was originally published on Cogbites. Figure 1. Image created with Canva.

Is racism rooted in the brain? Given the deep historical roots of many current issues of bias prejudice, neuroscience might not seem like the most obvious field to deal with entrenched structural problems, such as patriarchy and white supremacy. However, social neuroscience helps us understand how our brains implement the learning and regulation of bias against other people.

Based on Dr. David Amodio & Dr. Mina Cikara’s paper The Social Neuroscience of Prejudice, here are seven lessons about bias from social neuroscience.

Lesson 1: ‘Us and Them’ is represented in the brain – no matter who the ‘us’ and ‘them’ are

In a 2017 study, people who identified as either Democrat or Republican were randomly sorted into two new competing groups in the lab, the Eagles and the Rattlers. Each group contained people from both parties (1). Researchers then used a machine-learning classifier (a kind of algorithm), which can identify patterns of brain activity involved in a psychological response, such as thinking about members of one’s ingroup or outgroup. The scientists trained their machine learning classifier to correctly label patterns of brain activity when participants were thinking about their lab-made teammates or opponents. The researchers then used the same algorithm, trained on the lab-made rival divisions, to successfully decode whether participants were thinking about real-world political opponents or allies (Democrats or Republicans)!

This result suggests that our brains have representations for ‘us’ and ‘them’, independent of concrete categories like political groups, race or gender. The brain regions in which the algorithm was able to successfully perform this decoding (the dorsal anterior cingulate cortex and the anterior insula) are key players in a network responsible for detecting important stimuli in the environment.

The algorithm was more accurate in labelling brain patterns when participants were thinking about ingroup members than when they thought about outgroup members. These results suggest a process underlying ingroup and outgroup divisions: it seems that the brain cares more about focusing on our own group members, rather than actively disliking those who aren’t part of our group.

In a very early stage of facial perception, researchers have found evidence of an own race bias. In this bias, people show more activity in facial processing brain regions when looking at members of their own race versus others (2). This greater amount of brain activity also appears to help people better remember faces of their own race.

However, even initial face perception changes depending on our goals in specific situations. When we see a face, an electrical potential, associated specifically with the perception of faces, occurs in the brain. Research has shown this electrical potential is stronger when seeing faces belonging to the group that is most relevant to your current goals. For instance, when people are worried about appearing prejudiced, this electrical potential is stronger in response to outgroup members than ingroup members (3). However, the opposite effect occurs when resources are scarce: the electrical response is stronger in response to ingroup faces (3). Researchers argue that when there is less to go around, a person’s main goal may be securing resources for their own group – therefore, ingroup faces become more relevant. This suggests that it becomes more difficult to humanize an outgroup face when we find ourselves in situations of scarcity. Indeed, this effect of seeing ingroup faces differently to outgroup faces has been called perceptual dehumanization.

Lesson 3: We feel the pain of our own group members

A so-called empathy bias has been found repeatedly in research. This bias makes people less likely to empathize with those who belong to different racial or national groups. Neuroscience shows the deep roots of this bias. Brain regions associated with a first-hand experience of pain (e.g., the anterior cingulate cortex) are more likely to be activated when watching an ingroup member get pricked with a needle than when watching an outgroup member undergo the same unpleasant experience (4).

Lesson 4: We can take pleasure in the pain of our opponents

People not only fail to feel the pain of outgroup members, but sometimes actually take pleasure in it – in an emotion called schadenfreude. Researchers have examined this with fans of rival baseball teams, the Red Sox and Yankees (5). When a rival team failed to score, this activated a reward region in the brain, the ventral striatum. That’s not all – the amount of activation in this reward region also predicted how likely a person thought that they could hypothetically harm a member of the rival team – such as heckling, shoving, or hitting a rival fan.

It’s notable again that these outcomes depend on context. In another study, when participants were treated kindly by someone from a rival team (for example, if they volunteered to receive shocks for them), they expressed more empathy toward that individual than toward an ingroup member (6).

Brain data showed that shifting these ratings increased activity in regions associated with reward and positive valuation, like the ventral striatum. Because of this, researchers have argued that conforming to the ingroup might intrinsically feel good.

Lesson 6: We regulate our prejudice in phases

People who are motivated to act in egalitarian ways still experience biased impulses that need to be regulated. Social neuroscience has identified such a process of control. It can be broken down into three main parts – all of which have specific neural circuitry (8).

First, our brains have to detect a mismatch between our motivation to treat people equally and our biased behaviour. This first step is implemented by the dorsal anterior cingulate cortex and, when the mismatched relates to social cues, the medial prefrontal cortex. Second, stopping the biased response requires the right inferior frontal gyrus. Lastly, replacing the biased response with an egalitarian one is linked to the left dorsolateral prefrontal cortex.

Knowing the three processes needed to regulate our prejudice might help to create more effective interventions to reduce biased behaviour. Such interventions would be based on the specific phase in which self-regulation might fail – from recognizing situations in which a biased response may arise to creating response plans that can replace a biased behaviour with an egalitarian one. 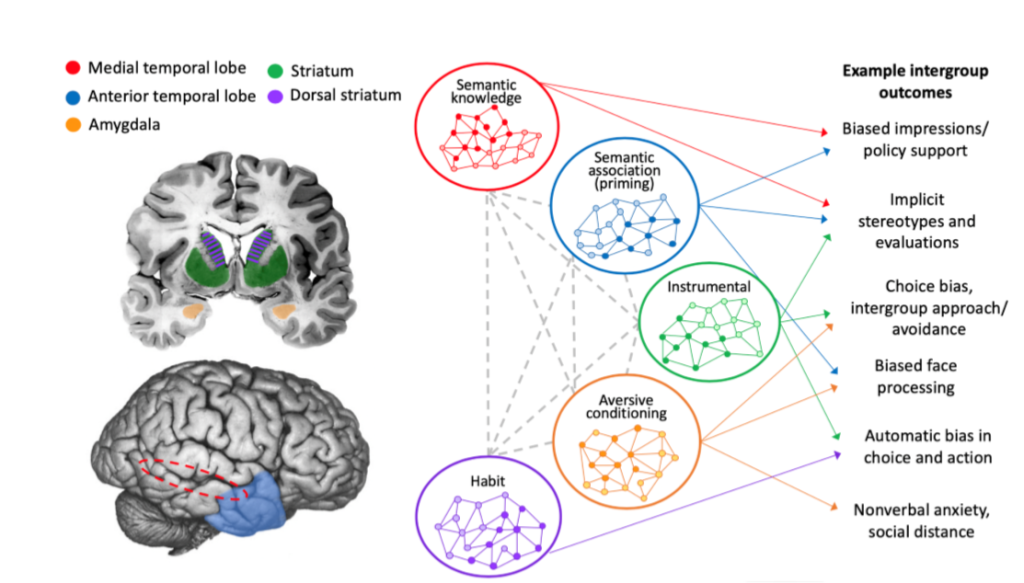 Though learning and memory might feel like a single process, there are actually several different memory systems and ways of learning that work together. The way in which biases are learned and stored in the brain can determine how they are expressed in behavior.

Researchers have found that conceptual stereotypic associations and emotional prejudice, which are rooted in different memory systems, can be uncorrelated (9). Thus, a person who implicitly associates Black faces with stereotypes (such as rhythmicity and athleticism) would not necessarily associate Black faces with positive or negative words (such as honor, honest, evil, or poverty).

Further, these different types of implicit bias led to different behaviors. Higher emotional prejudice led to White participants creating greater physical distance between themselves and a Black individual. On the other hand, higher conceptual bias led White participants to have more stereotype-based expectancies for how their Black partners would perform on tests assessing academic or pop culture knowledge.

Lesson 7a. Emotional prejudice leads to fight or flight response

Emotional prejudice is thought to be linked to aversive Pavlovian conditioning. In this psychological process, a neutral stimulus is repeatedly paired with an emotionally negative event until the association becomes automatic. This process depends on an almond-shaped brain region called the amygdala. This area can set off a fight-or-flight response in 100 milliseconds, including behaviours such as avoidance (like creating physical distance), heightened vigilance, and physiological arousal. And, indeed, research has shown that each of these kinds of behaviors may relate to greater emotional prejudice.

Conceptual bias, or stereotypes, are held in brain networks responsible for semantic memory, which deals with knowing general concepts like “table” or “butterfly”. These networks include the temporal lobes and the inferior frontal gyrus.

These stereotypes stored in memory also influence judgement and decision making. In fact, in one study, when a part of the temporal lobes was temporarily disabled through a procedure called transcranial magnetic stimulation, participants expressed less gender bias (10). Researchers believe that stereotypes stored in memory can influence behavior through connection to the frontal areas in the brain.

Lesson 7c. We learn bias through reward and punishment when we interact with others

Much of our learning occurs through interactions with others. Research suggests that learning from these interactions is a form of instrumental learning. In this kind of learning, our actions lead to rewards and punishment, which then make us want to repeat or avoid the associated behaviour.

There is evidence that people do in fact slowly update their ideas about others in a way consistent with instrumental learning models – mathematical models that predict how attitudes and judgements update, based on the feedback that we receive from other people. (11) This updating seems to be implemented in reward regions such as the striatum. This suggests that people do change their biases based on social feedback.

Because these ideas about others are learned through interactions (whether people are nice to us, whether they do us favours), some researchers suggest that instrumentally learned prejudice may be more strongly expressed in interactions and behaviour than the other kinds of bias. This is good news, as the outcomes of instrumental learning may be more easily changed than other types of learning. This means that this kind of prejudice might be reduced more easily.

While neuroscience shows just how deeply ‘us’ versus ‘them’ is ingrained in the mind, research also consistently demonstrates  that many forms of bias are context-dependent and malleable. Though neuroscience can offer new directions of prejudice reduction, many people – educators, psychologists, activists, politicians, and citizens like you, armed with knowledge! – need to work together to create and implement these changes, broadening perceptions of ‘us’. 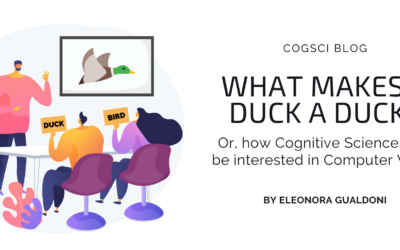 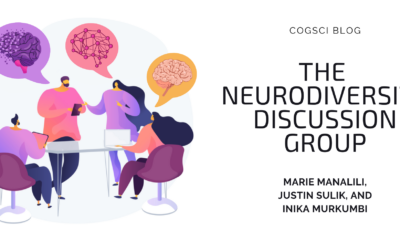 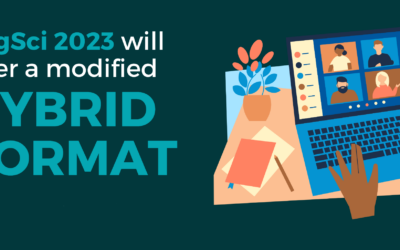