It has been a great honour and privilege to serve as Executive Editor of Cognitive Science for the past six years. During that time the journal has, I believe, maintained its identity but developed as the field has continued to grow, as open science and transparency issues have blossomed, and as publishing technology has advanced. Looking back over the past six years, it is clear that we are now receiving more submissions in areas such as social cognition and psycholinguistics, but (much to my personal regret) fewer overtly computational submissions. We now encourage sharing of data and materials through the award of Open Science Badges. And we have streamlined the publication pipeline with accepted papers now being assigned to an issue once typesetting is complete and with issues now published every month. Perhaps most importantly, we have gender balance and improved (though not ideal) geographical diversity on the journal’s Editorial Board.

The Executive Editor position brings with it pros and cons. Fulfilling the role brings an appreciation of both the breadth of work within the discipline and the critical importance of multidisciplinarity in understanding the complexities of cognitive processes. On the other hand, the volume of submissions has increased by 40% over the last six years, and managing that increase has been a challenge. Furthermore the role cannot be done without making difficult decisions, and while those decisions have never been personal, some of them have, I know, caused offence. The last nine months has also been particularly challenging, with the disruption to all our lives (both at personal and professional levels) caused by the Coronavirus pandemic. Turn-around time has clearly been affected as editors and reviewers find their time limited, but researchers have continued to submit and the number of submissions received in 2020 has exceeded all previous years. If this is the metric by which we should judge things, then as a discipline, cognitive science is in rude health. And so it is with mixed feelings that I pass the baton on.

Cognitive Science as a journal will, I’m sure, continue to change with the times. By my opening remarks I do not mean to imply that some kind of “modernisation project” has been undertaken and completed. The publishing landscape continues to evolve. The thorny issue of open access remains only partially resolved. And there is further progress to be made with regards open science, transparency and diversity. Moreover the continuing increase in the rate of submissions presents an ongoing challenge. The up-and-coming generation of researchers have a key role to play here. With more submissions, the journal editorial team need more reviewers who are able to critically (and constructively) evaluate those submissions. And so I make this plea – that all those with an interest in the field and with relevant specialized training or knowledge get involved by signing up as a potential reviewers through the submission website. While I’m confident of the journal’s continued success under the guidance of Rick Dale, the incoming Executive Editor, that success also depends on the support and involvement of our community.

Production of the journal is a collective effort, and in closing I wish to thank all those who have helped during my time at the helm. I am immensely grateful to all those who have contributed – members of the editorial board and the board of reviewers, those who have served as ad hoc reviews, our administrative staff, and staff at Wiley, as well of course as the authors who have submitted manuscripts for consideration.

topiCS began as an idea during the GB meeting of our Vancouver Conference in 2006. At the time I was the Chair of CSS but, this wasn’t my idea and, at first, I didn’t even like the idea. Basically the idea was very “barebones’’ and went something like this: “All great societies have more than one journal. We are (or aspire to be) a great society. Therefore, we should have more than one journal.’’ As I said, it did not have an auspicious beginning.

But the GB likes to talk and talk we did. As we talked ideas started to emerge as to how journal #2 might be different from journal #1. At some point during this process we started talking ourselves into this idea. Indeed, my position switched from “why the bother’’ to an, at least, lukewarm position that a 2nd journal would bring CSS more revenue. (At that time, we were finally emerging from a nearly decade long financial crisis. Turns out that researchers are not especially good managing budgets . . . who knew??)

An outside factors was that at that time I had published my one and only book — an edited volume of invited chapters with OUP as the publisher. Of course I was very pleased with that publication and, also, enjoyed having everyone tell me that they had seen the book at the OUP table and what a great book it looked like it was (?? must have had a nice cover as since no one had read it all would have had to be judging the book by its cover, right?). It also struck me as odd that no one was congratulating the many authors who contributed chapters to that book. But of course not. Their names were NOT on the cover, mine was. Hmm, that seemed somewhat odd and more than a little unfair.

2006 was a long time ago and most of the memories have faded but one thing that did emerge after that long ago meeting of the Governing Board was that we would pitch a journal idea for a twosome — we would look for a publisher who wanted to represent both of our journals and who would buy into our vision of journal #2 having each issue devoted to a new topic. Hey. Why don’t we call it TOPICS?? You know, like “Topics in Cognitive Science” — or maybe topiCS (???) (this last flourish, I believe, was Art Markman’s). And so it was.

Oh, and how did we talk a publisher into this duo?? How did we negotiate the details? And how the heck did I wind up as the “Founding Editor of Topics in Cognitive Science”?? The day-by-day progression is mostly lost to history but I can truthfully say that being the Founding Editor of topiCS is one of the best and most enjoyable of my many professional services to CSS or to any other of the societies in which I have been involved.

So, cheers to all!! And here is a toast to my successor, Andrea Bender, may she have as much frustration and fun with topiCS as I have had and may she, eventually, also look back sometime in the future and see that being the EE of topiCS was one of the highpoints of a long and illustrious career.

← Prev: COVID-19 racial health disparities: The roles of discrimination and stress Next: Seven Lessons about Prejudice from Social Neuroscience → 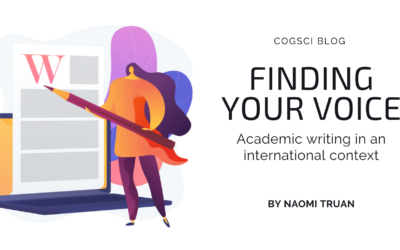 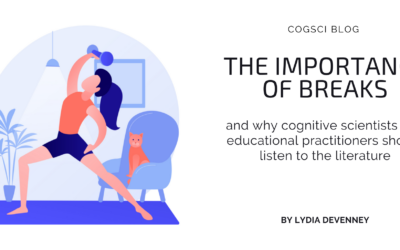